The Starve Dog Lane brand had been around since 2011, but when the winery sold to BRL Hardy, the range was discontinued. Accolade (Hardys Wines) decided to re-launch the Starve Dog Lane range and called upon Tucker Branding to help out with a new strategy, branding and eventual relaunch including a new website and retail activation.

After researching to establish if the previous brand had any equity, recall or perceptions, less than 20% of consumers vaguely remembered the brand, while retailers felt the brand had value but was let down by poor marketing support. Our task was clear: present a very different branding story and create a brand personality for Starve Dog Lane Wines that enhances the essence of the brand name.

Starve Dog Lane was a reference to German immigrants of the day who arrived in Port Adelaide penniless yet prevailed through tenacity and exploration. Using the analogy between the motivation of the immigrants and the curiosity of the dog to explore its territory, we developed a branding loosely based on Street culture with the image of the dog ever present.

With the silhouetted dog’s head stencil and a consistent typographical lock up, the branding covers three tiers with textural background changes, made tangible in the printing process, reflecting the different quality cues.

In developing the Starve Dog Lane branding, we also considered its extension to the web, retail, eDM, digital, collateral, and in-store promotion activities. 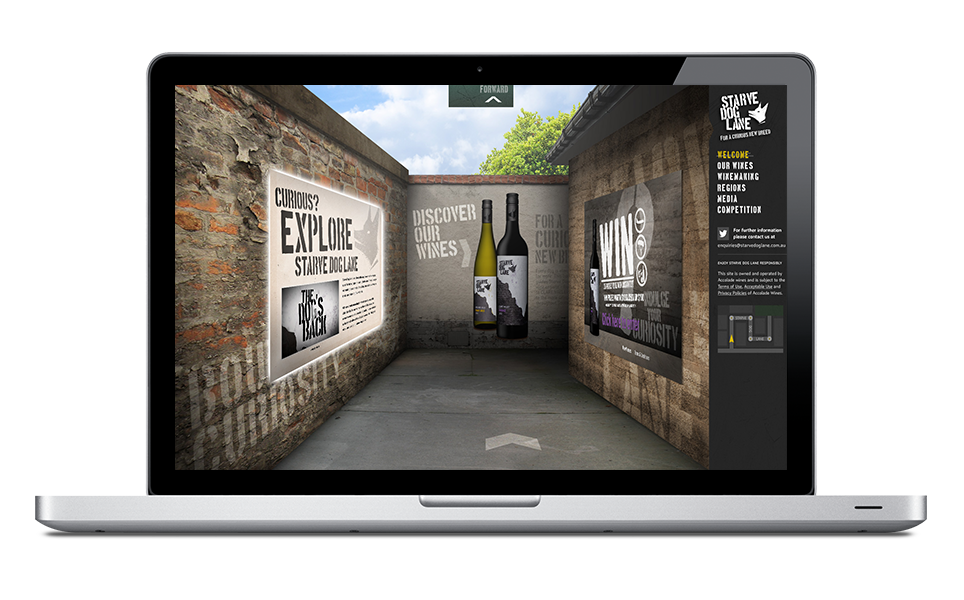