Grandeur Wellington is a winemaker based in McLaren Vale with over 20 years of experience. They take their name from an interesting aspect of South Australian history. In the early 1800s, armies led by the superior tactics of Arthur Wellesley, 1st Duke of Wellington, defeated Napoleon’s forces as he swept through Europe at the famed Battle of Waterloo. As time went on, Wellington helped push the bill for South Australian colonisation through parliament – ultimately leading to the first vines being planted at McLaren Vale in 1838. 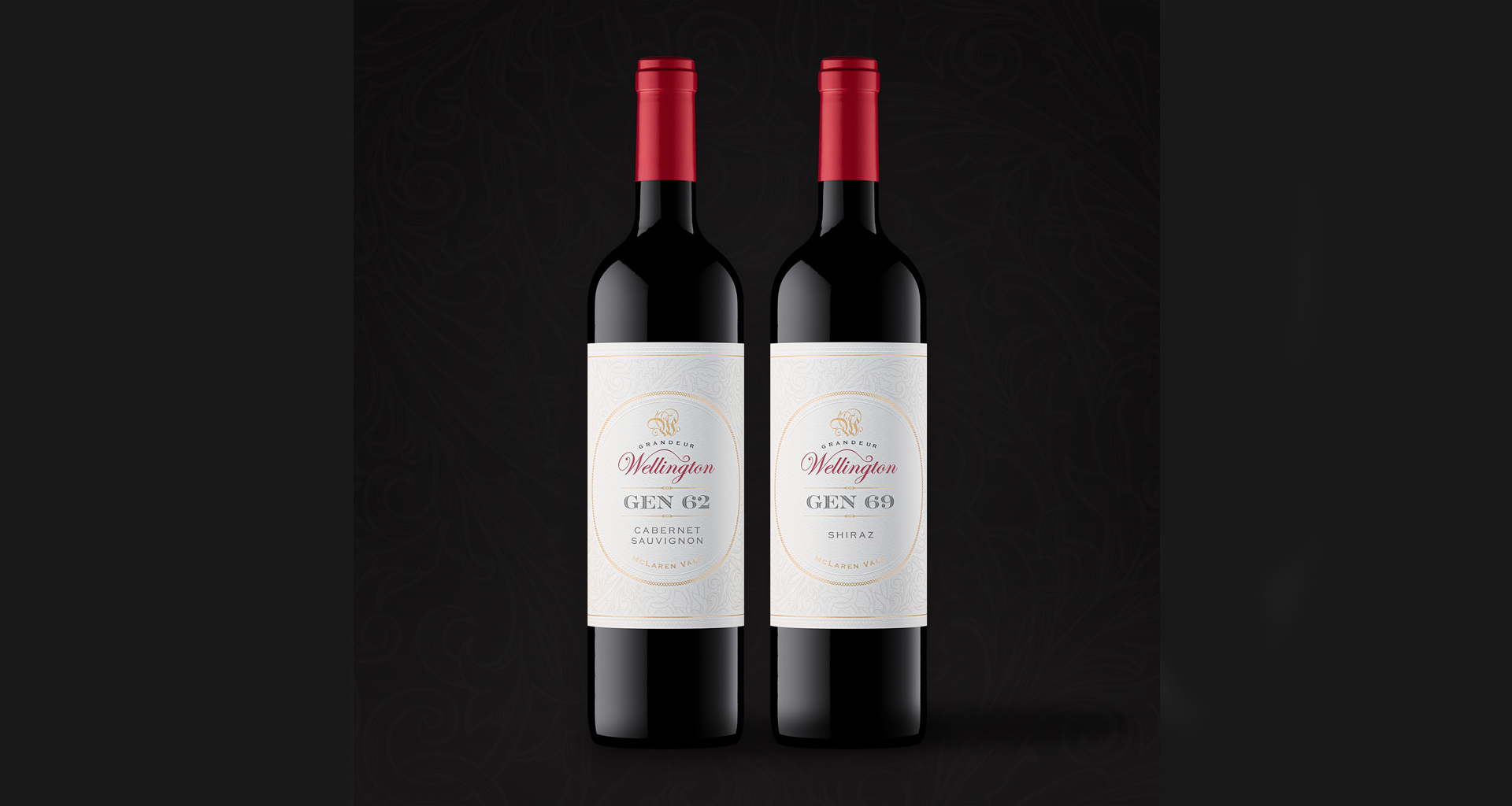 Inspired by their namesake, Grandeur Wellington believes the claim of the superiority of French wine is a similar call to battle. Working with some of Australia’s oldest vines, the vast attention to detail, keen palate and sense for perfect wine allowed Grandeur to craft fine wines that weave together old world characters with new world vigour and innovation.

These qualities are what Tucker Creative envisaged for the ultra-premium Grandeur Wellington packaging. The luxurious embellishments and attention to detail, dialled in to every aspect of the label design. Intricate and decorative, the ornate filigree patterns instil a sense of place through its patterns of vines and bush intermingling. The fabric-like label with a luxurious tactility. The deeply embossed gold and silver. All of these elements come together to symbolise the meticulous temperament of the winemakers; style reflecting expertise while being overtly decorative for a discerning export market. 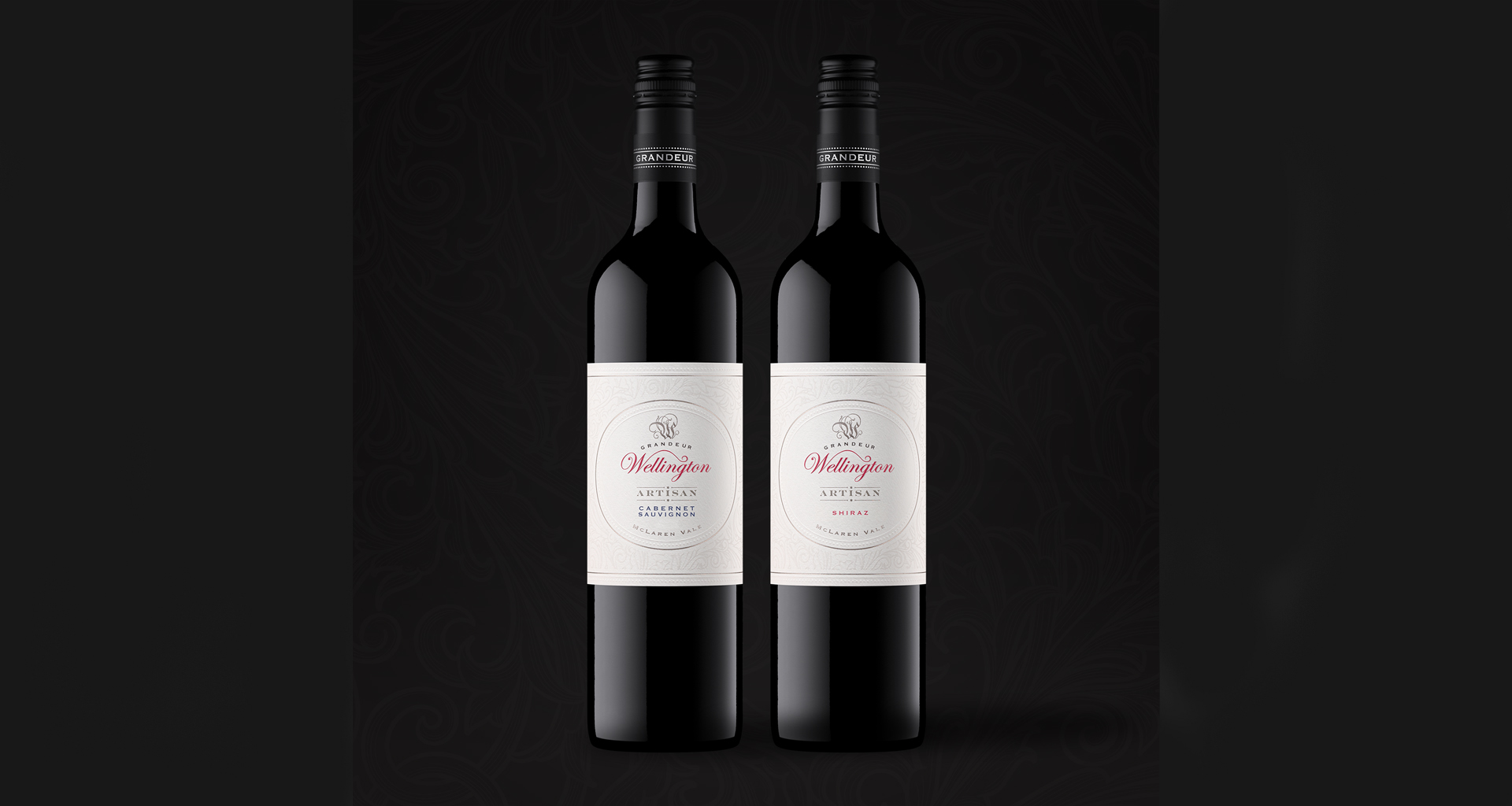