Telling a story through pictures.

Samuel’s Gorge is a small, relatively new boutique winery overlooking the Onkaparinga River National Park in the Seaview sub-region of McLaren Vale. The winery sits amid some of Australia’s most dramatic and breathtaking natural bushland; featuring incredible views and uniquely beautiful surrounds. With the utmost attention to detail, and using only the best fruit sourced from the McLaren Vale region, winemaker Justin McNamee produced three hand-made wines — Tempranillo, Grenache and Shiraz.

Tucker Branding was entrusted to design and develop the exciting new wine range. To capture the personality of the wines and the individual character of their young and passionate winemaker, the label is made up of hundreds of small tiles, all containing a different image, and cleverly combined on the label in a 360° tiled mosaic vista. An ancient form of storytelling, the images in the mosaic pattern show the rich, varied and beautiful nature of both the destination and the winemaking process. From the winemaker’s dog to the old barn built back in 1853, each tile contributes to the Samuel’s Gorge experience. The photographs taken by the winemaker, give the packaging a more meaningful and personal touch. A gloss high build screen varnish over the mosaic pattern was used effectively to create a very tactile and raised tile effect.

Spectacularly, the design continues to win acclaim for its originality and innovation, but more importantly, the wines sold out in record time. Our client credits the creativity and ingenuity of the design as a significant contribution to the first vintage of Samuel’s Gorge wines which surpassed all sales expectations. 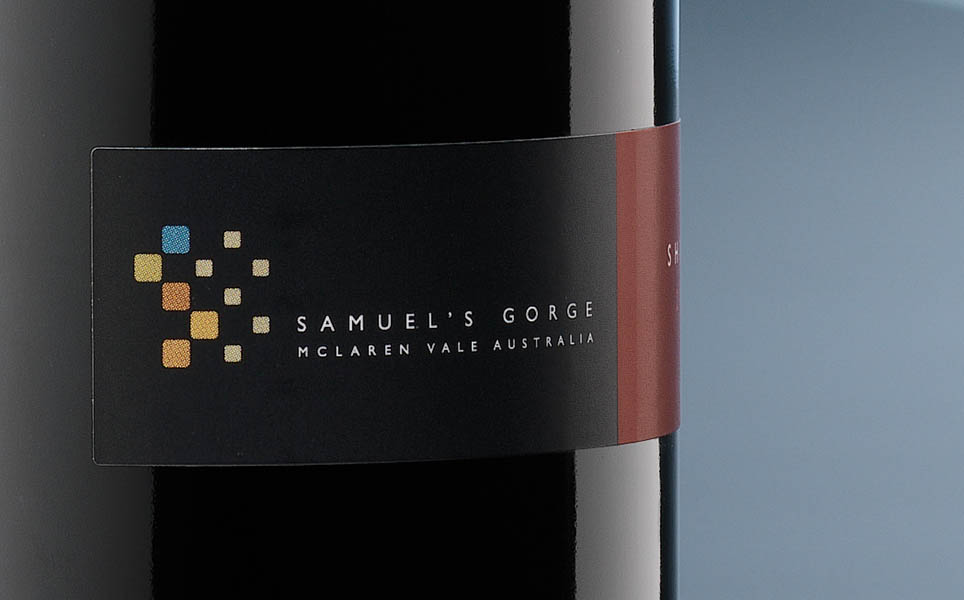