A rosé by any other name...

Taltarni Vineyards, a pioneering winery in Victoria’s Pyrenees wine region, has a deserved reputation for producing a diverse range of high-calibre still red and white wines, and méthode-traditionnelle crafted sparkling wines. A request from Robert Oatley Vineyards, their Australian mainland distributor, to produce an exclusive product for the on‐premise and independent off‐premise trade resulted in the production of an exceptional, flagship Sparkling Cuvée Rosé.

Tucker Branding was brought on board to design the packaging which included front and back labels, cigar band hood and upright six-pack cartons. Our brief was to create packaging that appealed to the target market of female “aspirants” in the 25‐34 years age bracket who had mastered the wine basics but would like to learn more and are willing to try new brands and varieties. The wine would not be available in the major liquor chains and as such would not compromise its $20-$30 price point.

Although other sparkling wines in the Taltarni range are part of a recognizable family, we had scope to consider alternative approaches. Pink cues were an obvious choice, and the repositioning of a somewhat smaller Taltarni cartouche to the cigar band at the base of the hood meant the link with the brand was retained. The cartouche was redesigned to perform much better at smaller sizes.

A slightly smaller label depth, silver foiled lettering, textured high gloss banding, spot matt varnishing, and the inclusion of a beautiful script for the product name, all combined harmoniously to create a stylish, creative and distinctive label designed to appeal to the wine’s target audience. Additionally, design cues from the bottle labels were incorporated into a redesigned carton for a full product tie-in. 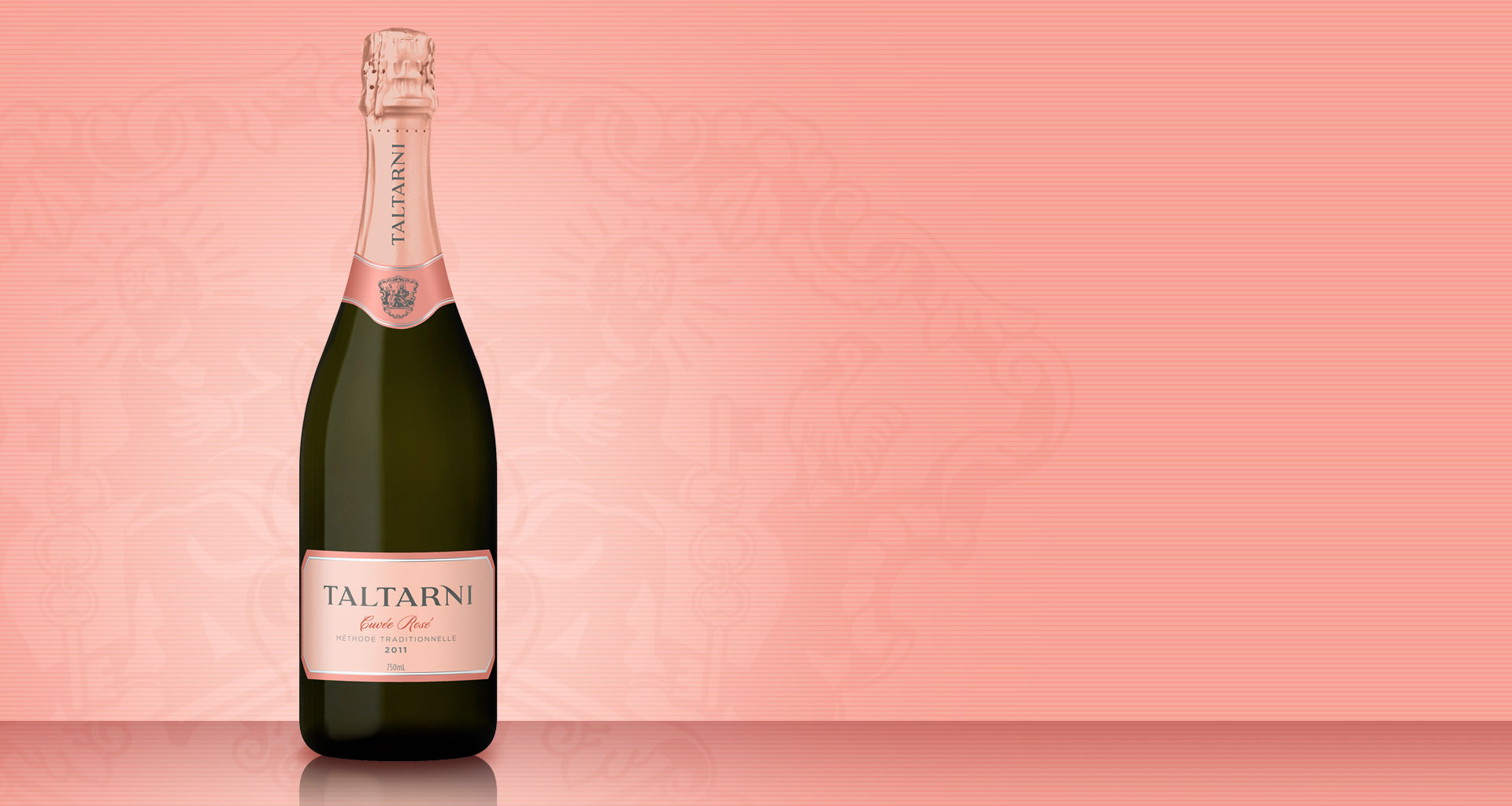